I have a set of  gold blocks with an enigmatic marking on its rough hewn wooded box.  It says, in hand lettering almost worn off U N Owen use. I must admit to not remembering where these came from, but they have sat in the bindery for a while. When reading   Five Centuries of English Bookbinding by Howard Nixon, one of the books in Maurice Betteridge's collection and now in the Guild Library, I was struck by the similarity of some of the heavily tooled bindings from the 19th century , and it occurred to me these tools may have been made as long ago as that. They are intended for use in a blocking press, and as I carefully examined the full box I realised that several pieces were missing and if I carefully rearranged the blocks the empty spaces appeared. I haven't yet determined when gold blocking  was developed, its on my rather long research list, but I did a few manual attempts to do some ink layouts manually. It increased my desire to see if I can push along to actual gold on leather block work.

Jim    This email address is being protected from spambots. You need JavaScript enabled to view it. 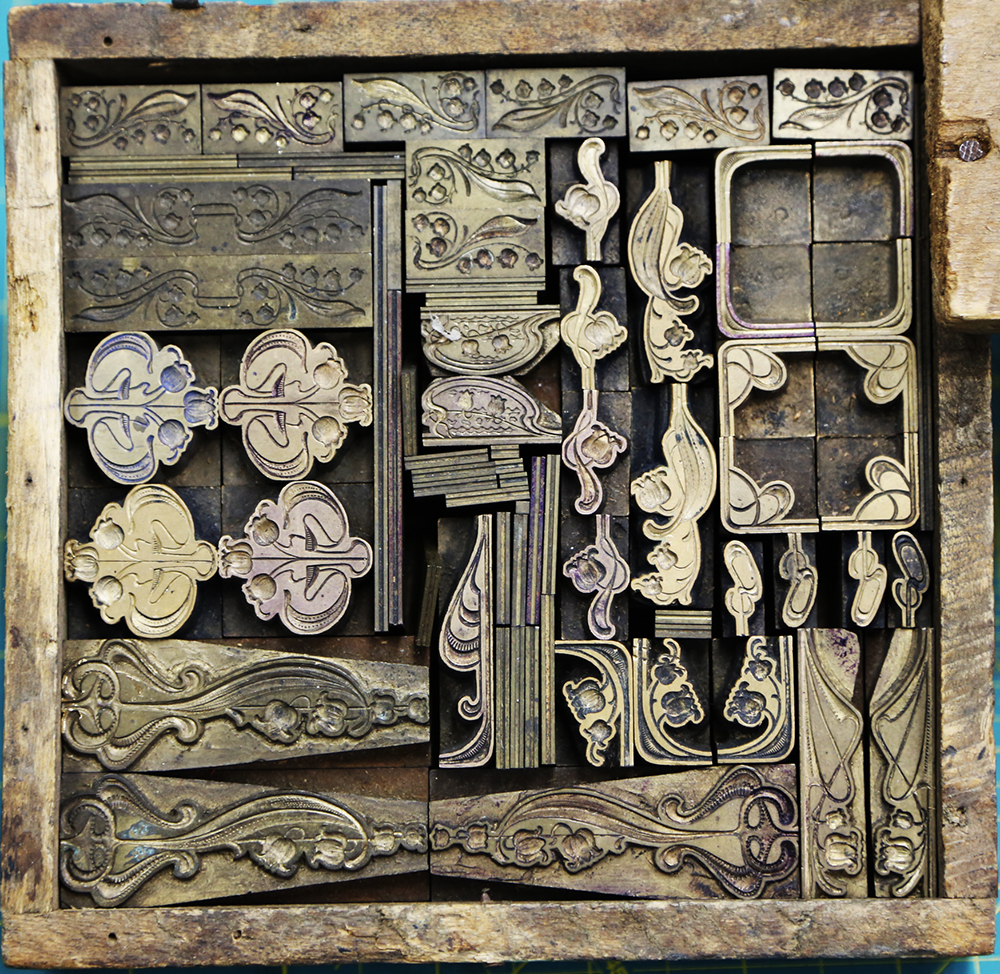 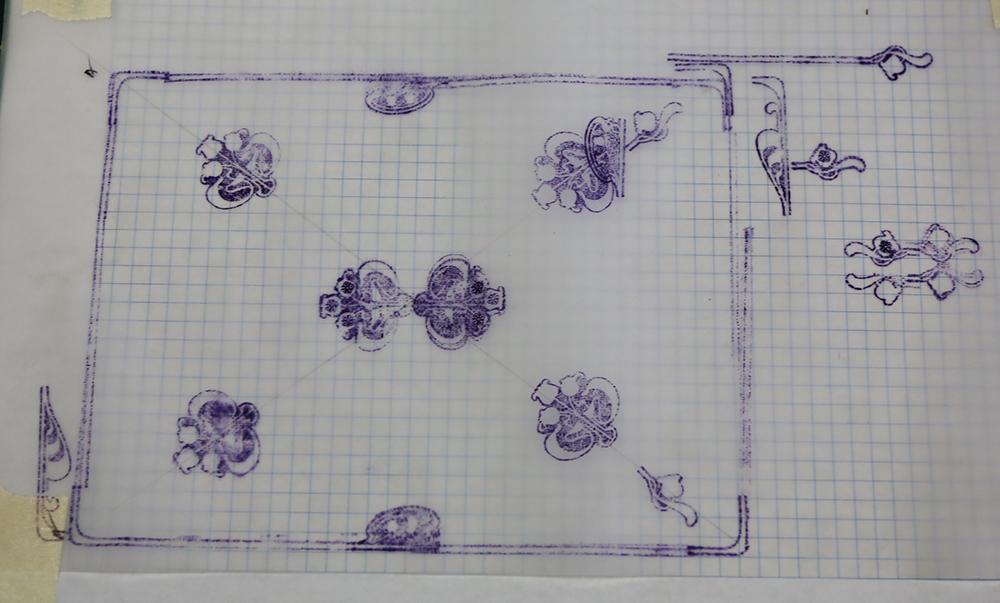