Ahhhh. The Lockdown  version 4,5,6. What to do?  Embark on those projects that don't do well in fits and starts but need dedicated time. Let me see what I will choose.

The good the bad and the ugly. 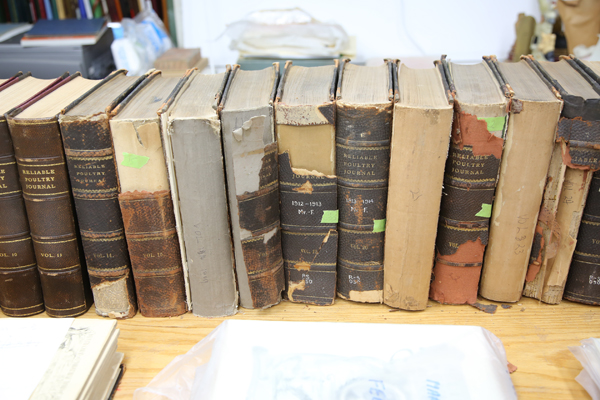 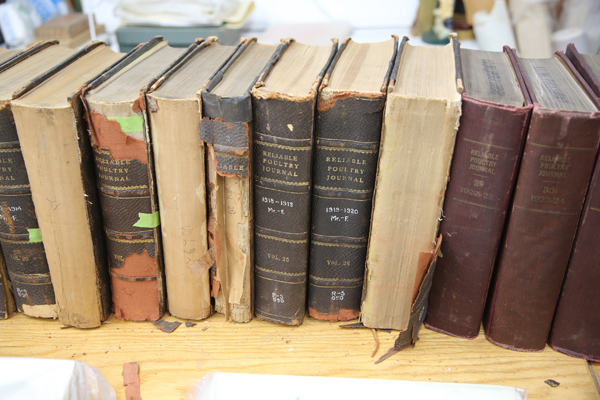 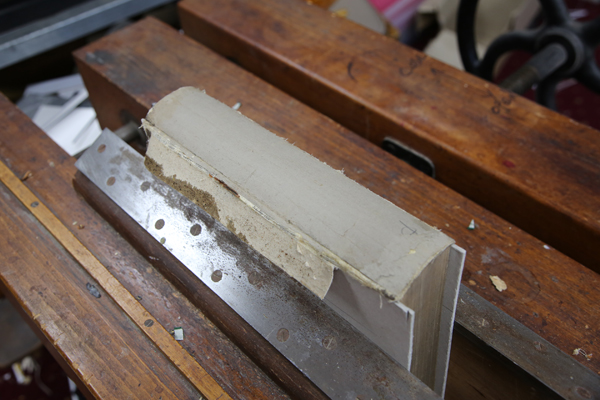 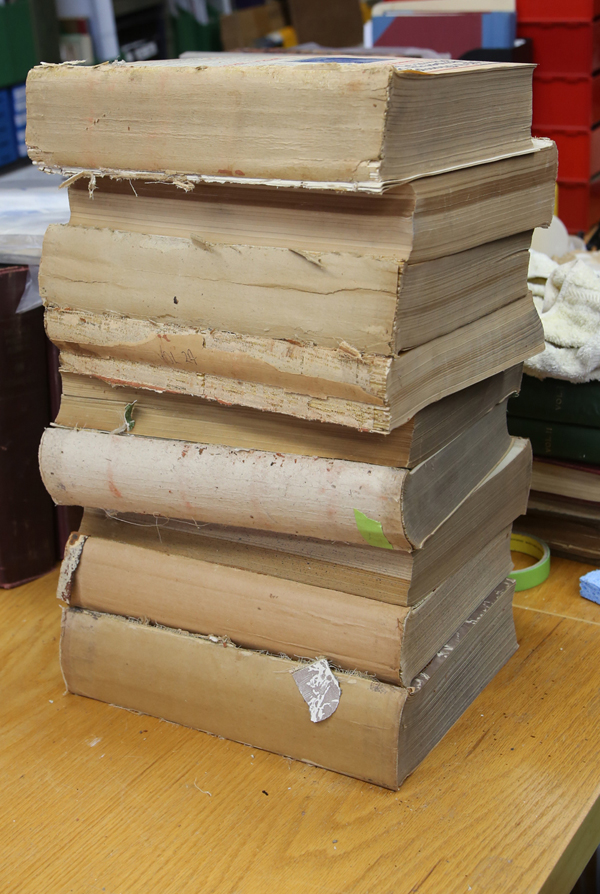 They look much nicer new . The green leather was very bright so I re-stained with a water based black dye, which appeared too dark but with time had come to what the poultry people call a beetle sheen black. The sign of quality in the black feather. So I think that suits. 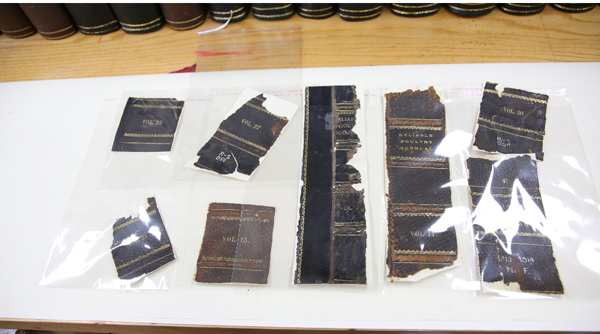 Pieces of the spine recovered and in bags for placement in the raer of the related issues. 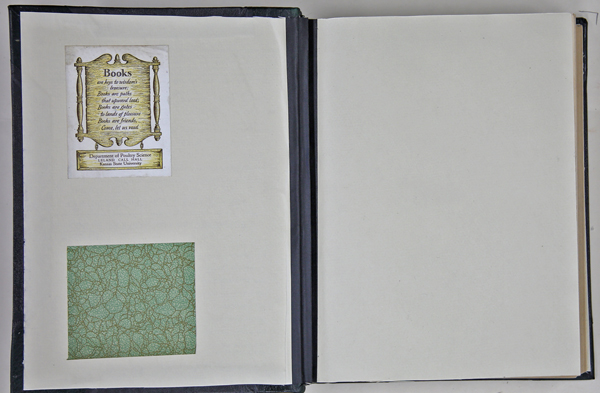 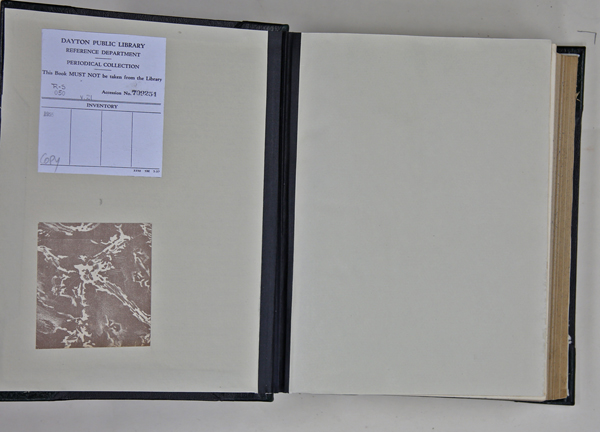 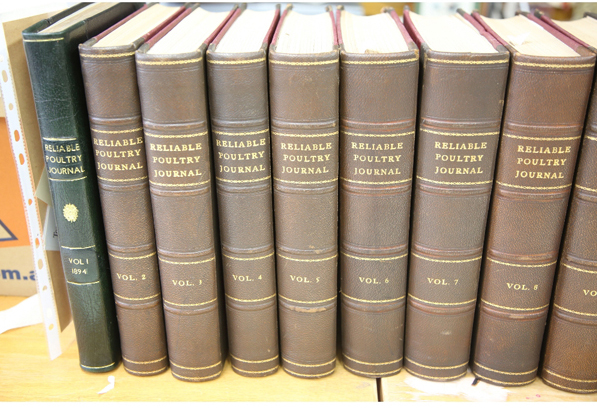 The brown cases received a  light touch of tan stain and a good polish. 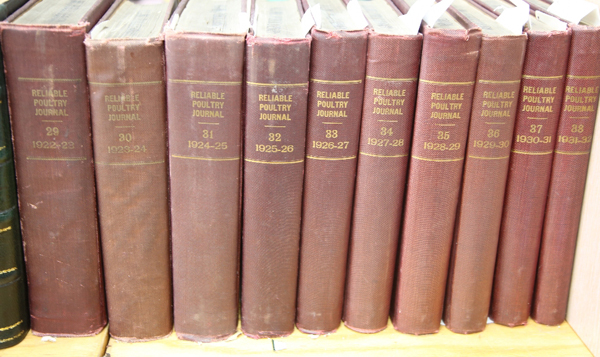 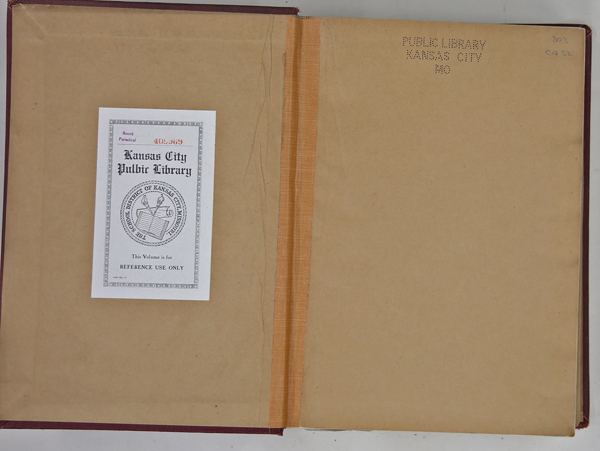 Sorry about the photos in the middle but alas  nothing to see now of the process except end papers.

So if you want to read all the boring stuff  really just my notes and thoughts sanitised for public consumption, then please read on.

a repair of a near complete set undertaken in 2021 by James Finger, Dorking Bindery Australia.

Collation of set at Dorking Press before any work was undertaken, along with notes and questions which arose in the process.

Vol 38 11 is renamed Poultry, subtitle Garden and Home. However the publisher is still Reliable Poultry Journal Publishing Co In Dayton Ohio, advertiser for the course of study. in Vol 38 issue 12. The content changed from poultry production and breeding to poultry on the home allotment.

This almost complete set has multiple sources, so the provenance tends to be somewhat speculative.

Many loose volumes came to me either as single issues or in bound volumes from the collection of John Skinner. I was aware that John had sold off a large volume of serials before I purchased the remainder.  O.E. Skinner is mentioned in RPJ at various places and I have letters where he is mentioned in connection with RPJ .

I do not think it unfair to link the first collection with the book plates of Department of Poultry Science, Kansas State University, Library of Leland Call Hall. The Skinner family senior and John his son, well known poultry historian and collector, had strong links to the KSU, and I suspect that John had first option in any major dispersal. John sold some major chunks of his collection before selling the remainder of his poultry to me.  Tickets in the volumes indicate that part of collection was bought from Dr Hollis Bedell bookseller, by Adrian Kuys, then later by me. The Hollis book tags are attached to volume one.   In the print bversion I have used colour to highlight parts replaced bundings done etc.

The second series has the book plate of Dayton Public Library .

The third series has the bookplate of Kansas City Public Library

I sorted the books up according to 3 initial groups.

The first I  called the Series and I used the Book Plates in each volume as the indicator .  There are 3 different Book plates and several other owners marks.

The second part is the Style, and I used binding information, style, techniques materials, binders plates to identify the books volumes.

The Third part is the Actual Issues in each group. The issues are identifies as 1-12  (i-xiII in Roman numerals)and the date from March Issue 1 to Feb issue 12 of the following year. For this reason many bound sets show 2 years and it can be quite confusing.

Fifth Style    Dorking press rebound, repair style. Half leather, beetle green/black with black cloth sides, false raised bands. Buff end papers with flex hinges. Book plates and samples of old EP are included along with samples of the old leather spines when they were able to be recovered. These have been placed in sleeves at the rear of relevant volumes.

It is an honour to have this near complete set in my hands. My investigations with several libraries show that very few complete sets exist in libraries. The library of Congress I am sure has a set, but most of the university and state libraries I contact have representative issues listed but none on the shelves. They were disposed of from lack of use and a few told me they don't bother to see materials like this they just shred recycle

The different series and styles had me a little confused as they exhibited commonalities in materials. They seemed to come from a common binder, but in widely different end locations, different end papers but some same in differently bound sets, stitching methods showed different hands. It did not possible they were all the same set. Only later I discovered an article that showed the publisher was in Quincy Illinois and later moved to Dayton Ohio. The binding company in Dayton Ohio, and the volumes were all bound there but for different end users so had slightly different materials for the different end users, and I suspect not all done in one set but over the span of some years, so the actual binders, that is the craftsmen on the floor ware different, making the sets for each customer’s specification.

To use or not reuse.  The issue of reusing the original boards in the new set had to be made. Several of the original boards were missing, and the process of removing the greatly decayed leather (red rot) was so difficult that I could not justify the time. So all rebound volumes were bound with new boards, as the originals  volumes had all been trimmed, the replacements also followed the trimmed volumes rather than a uniform size.

This was a challenge to me to handle such a large set, and I classify this as a repair not a restoration. Several of the volumes had been stores badly since the original bindings were lost and without a complete restoration, were difficult to reassemble. I was reluctant to pull completely and start again, as the volumes had already been trimmed quite hard. Another trim would result in significant text losses. So I repaired as well as possible for function, but wouldn’t call them fine bindings. The look good together, with some limitations on the structures. Enough for another binder to wonder about in a 100 years.

Vol 18 Missing from the set.  A full set collected from other sources to replace the missing volume. No BP added.

This series all in  Second Style but with different EP bound by same binding firm but different binders hands, (technique differences). All carried the ACK annotation with shelf locations.  All rebound in Fifth Style with notes about bookplates and ep if required. Some bookplates are copies as the Dayton originals were unrecoverable.

Volume 22  Issue 1 March 1915  to  Issue 12 Feb 1916  pp 1536  spine and boards almost detached. First Series Kansas University Bookplate but bound in Style 2. This one is quite odd, but when the EP were examined it revealed Dayton Second Style EP but with endpapers from the Kansas style over the top of the Dayton ones. It raises the question as to whether the books were all sent from Dayton Library to the Kansas University, some used in library sets(s) and then the lot sold off later. Rebound with the KSU ep in place. I think also its fair to assume it’s the missing acquisition number 70925 of the Dayton series.

Vol 28 missing  Some parts of Vol 28 have been located, and  a set of Fifth Style matching leather, end papers, cloth, headband, etc retained in a labelled box to match the final issue if found. Issues 7, 9, 11 found. A sparer set of leather cloth , ep and boards in a case put aside for matching should the missing issues be located.

The Third Series has the bookplate of Kansas City Public Library.